Alyssa Grebe has arrived in Costa Rica! My first mistake of the trip was telling her to meet me right after she gets through customs, which was a lie as I couldn’t enter the airport. Whoops.

Thankfully, she found her way to me (and thank you Officer Helper who went to find her off of just a picture – valiant effort). After a slow motion run hug, we were reunited and loaded into our private shuttle driven by our new friend, Didier.

Didier was phenomenal. Since we rented a private shuttle, Didier stopped for lunch and we had our first experience at a “Soda”. A soda is a restaurant of sorts – imagine if you woke up one day and decided to open a restaurant restaurant on your front porch. That’s a Soda. 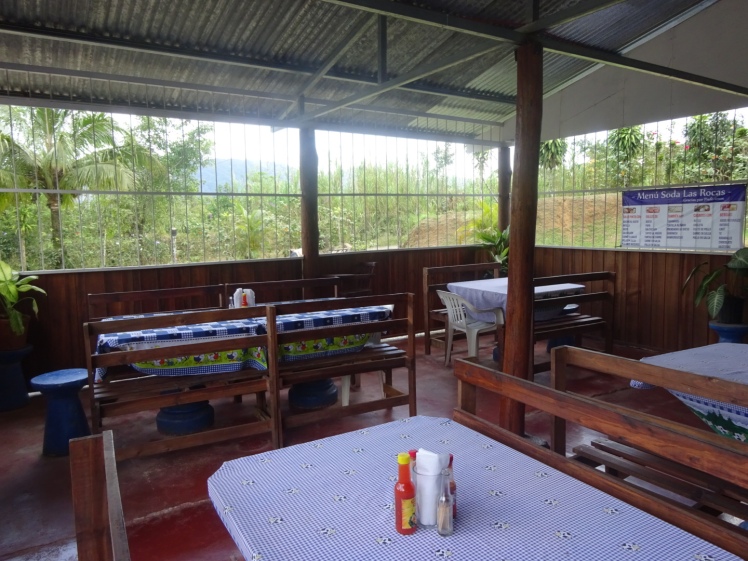 Somehow my obsession with sloths was brought up (somehow as in i blatantly declared that I’m obsessed with sloths) and we made a detour to try to find one in a tree. Epic fail, but I will hug a sloth by the end of this trip.

The trip to Arenal is breathtaking. Winding roads that hug the edge of mountain ledges, while simultaneously pushing through the rain forest and small towns. Breathing. Then, after this (2.5hr long) mountain path, you turn a corner and BAM-  VOLCANO! I’ve never seen a volcano before, but its almost a perfect triangle touching the clouds. Alyssa and I both had those grins that are contagious, and we rode into La Fortuna with the volcano looming above us. 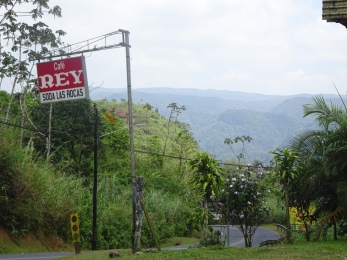 Our hostel here is a self proclaimed “5 Star Hostel” and I get it. There’s a bar and restaurant, a pool surrounded lounge chairs, and a hammock garden with views of the volcano. Plus, we’re staying in a glamping tent. I’ve already paid rent for the next month. 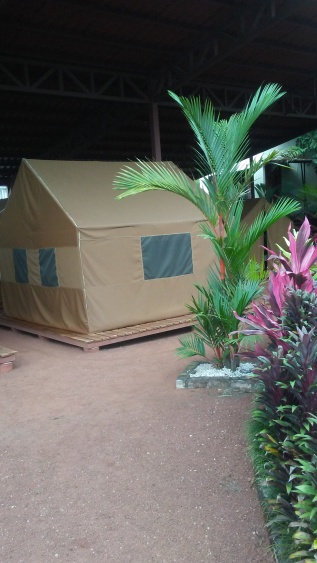 All in all, it was the perfect first day. Tomorrow I’ll fill you in on Grebe and I being pretty much the best white water rafters, ever. 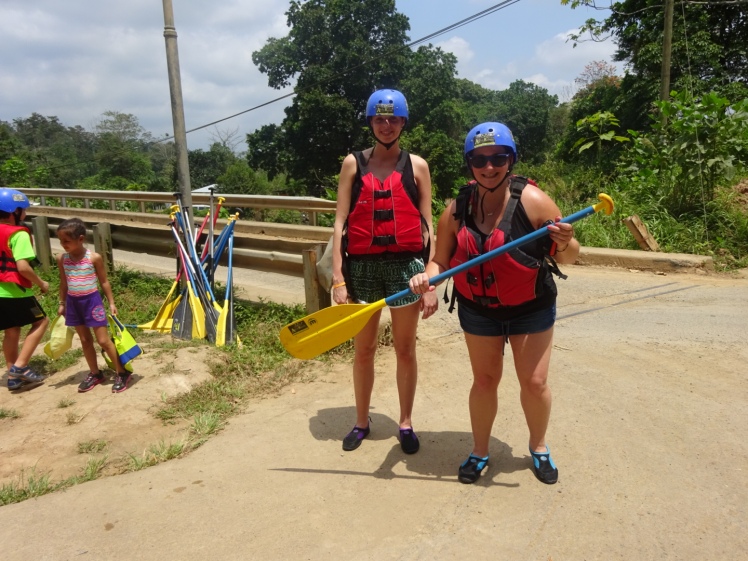 4 thoughts on “Alajuela to Arenal”